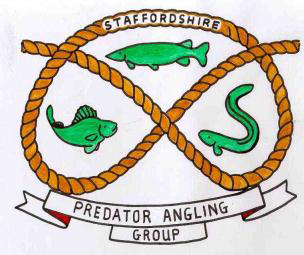 The Newsletter of the Staffordshire

It’s been a while. I think the last newsletter I did for the group was in October 2009, so its three and a half years since produced one of these...must try harder!

I suppose the main reason I’m putting this together is to report on the year we have had on Blithfield, its been a strange one, because largely due to some appalling weather (again) I thought the fishing had been tougher than ever as we came into February, but it appears I was wrong. As is usually the case no matter what the British weather throws at us, we pikers prove we are a match for it (or just plain stupid) by hitting it head on and working our nuts off until we get a result. I can’t remember exactly what weather we had and when, but what I can remember is every weekend we were on there seemed to be something working against us, snow (or snow melt) for 3 of the 5 weekends, ice and easterly winds for the others, in late February the water temperature was still at 35degrees C...and I had a mate went fly fishing last month who said it was still only 37 degrees C...that’s frankly ridiculous, and makes catching on any water tough. Which when all of this is considered, makes the catch returns that have been creeping in quite amazing. 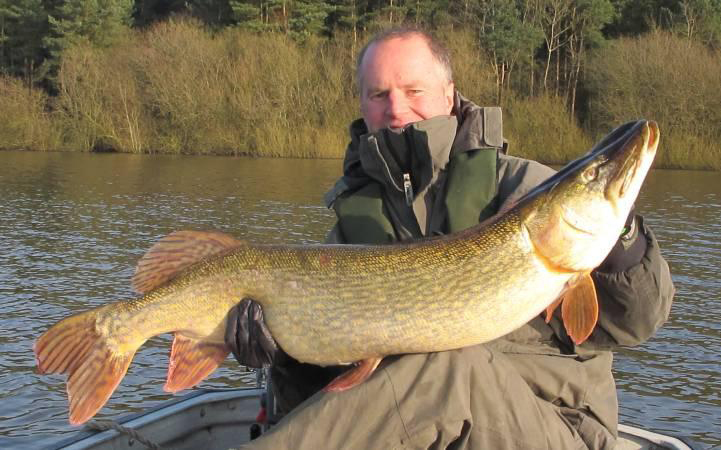 One of the things I often get asked by new members on Blithfield is where to fish, with nearly 800 acres to go at (788 I think) it can be quite daunting to anglers that have never fished it before, but although I’m always happy to help where I can, and I tell them, in all seriousness, that anglers coming on for the first season very often outfish guys that have been on here for years. This is because they come on without any preconceived ideas and catch in new areas that often get overlooked by those who have fished it previously and tend to stick to spots that have been successful for them in the past. A case in point is Andy Dickinson who had just one day on the water and had a personal best 30lb fish in an area on the North Lake that I motor over every trip on my way to another spot!

Another angler new to Blithfield that did exceptionally well was Marc Portch, Marc a member of the Lure Anglers Society came on and by fishing lures in his way, in a manner that he was totally confident of took twenty pound plus fish, I think, on EVERY weekend!! I’ve attached a few of the pictures he kindly sent to John Davey and this wasn’t all of his fish.

Also on the water were the father and son combo of Dave and Luke Kelbrick, Dave has been a regular on blith since it first opened and has previously taken fish of over 30lbs.

His son Luke is a relative newcomer to blith but this didn’t stop him working hard throughout dire conditions, I watched him slogging it out in some horrendous conditions when older and more experienced anglers called it a day and was delighted to hear he had a few good fish again, with Dave taking a brace of 21lb+ fish and Luke taking several upper doubles to just under 20lb.

Another new member Bill Gutheridge took another stunning fish of 22.08 on a real eel, and in an email I received from Bill he commented that it was the best conditioned pike he had ever caught, a real endorsement of the quality of fish and fishing available on blithfield.

As I said my season started with a struggle, but things picked up in January, my usual boat partner couldn’t make it so having previously cleared it with John Davey I brought along a friend of mine, Paul (a Rhod Gilbert lookalike), who has done little fishing and absolutely no pike fishing whatsoever. I warned him it would be grim as I had to dig my car out of 6” of snow on my drive, then drive across a snow covered causeway only to find the boatyard frozen and part of the north lake similarly affected. Incredibly once again a few good fish came out and both me and my mate had fish of over 20lb on trolled crankbaits, In February, despite the weather not getting significantly better things really picked up for me and I took three more twenty plus fish finishing the ‘blithfield’ season with pike of 20.04, 20.08, 23.14 and a best of 26.08.

Two of the many good friends I have made on Blithfield are Paul (Frostbite) Ockenden and Ian (Curious) Moules although more famous for their habits of falling asleep in the snow and associating with Abbot Bromiley’s ‘friends of Dorothy’ they have both had a few good fish over the years. On a day when the dam wall was covered in 6” of snow, Ian struck into a 21lb+ fish trolling a depthraider in 35ft of water. Which just goes to show that this water can, and does, produce in the most dire of conditions. Just imagine what we will catch when the weather is kind to us!!!! 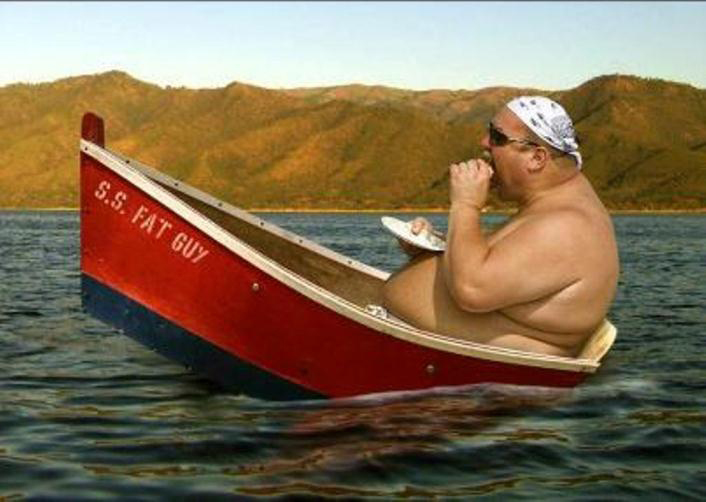 Richard Dukka also chipped in with a few nice fish, of which I think at least 2 were of over 20lb, although he hasn’t sent me a picture of these fish, he did send me one of him in his new boat (left), which he thinks is a kayak....apologies to those of a weak disposition! I think this picture was taken AFTER the superb buffet the guys in Blithfield sailing club put on for us on the last weekend of the season.

On a serious note, I’d like to thank our chairman, John Davey, for all his efforts in ensuring we have access to such a superb pike fishery. Without John’s constant effort, hard work, dedication, and not to mention of a hell of a lot of his own time, none of us would have access to this superb water.

I’d also like to thank Dave, Steve, Eddie, George, Graham, Jim (apologies if I have missed anyone) and the rest of the guys who work in the boathouse. Unlike some of the ‘trout water’ fisheries I have fished, on Blithfield, pike anglers are welcomed with open arms, the wardens are knowledgeable, interested in out catches and without a shadow of doubt are the friendliest, most helpful, hardworking and understanding (especially when I’m late!) fishery wardens I have every met, on any pike fishery anywhere! I’ve yet to arrive at the fishery in any conditions when the boats haven’t been bailed, snow cleared and the engines filled with fuel and ticking over. Thanks again guys, it’s really appreciated!

Finally, could I please ask that you all fill in your catch returns at the end of each session, these will not be publicised anywhere (without permission) but it is a great help to all involved in the pike fishing if can have a good understanding of what is coming out.

I hope to see you all again in October, tight lines.